I forgot this was still here.

Maybe I'll move back to Blogger from over there.
Posted by Jason at 10:05 AM No comments:

Heavy metal fruitloop, Roger, gets government benefits because listening to heavy metal music is a handicap. By golly, someone might discriminate against a guy who intentionally makes himself look like a demented clown - at 46 years of age.

True, Gene Simmons and Ozzy Osbourne still do this but they are, you know, successful at doing what they do - actual rockers as opposed to fanboi wannabes. And, yeah, this cat's a real fanboi wannabe. He admits to playing in two bands (in a friend's parent's garage, no doubt) and still needs a handout.

The last quote is pure brilliance: "Some might say that I should grow up and learn to listen to other types of music but I can't. Heavy metal is my lifestyle." Some might say you should just grow up (period). But this is Sweden we're talking about.

Edit: Get Off This by Cracker.

h/t Buzz.mn (but not the Lileks variety - which is somewhat unfortunate)
Posted by Jason at 10:21 PM No comments:

The next time some bureaucrat retard wearing sneakers with their suit doesn't use the crosswalk by the Fed Center metro, Im just going to run them down. Fuckin' idiots can build a space shuttle but can't look both ways before crossing the street. 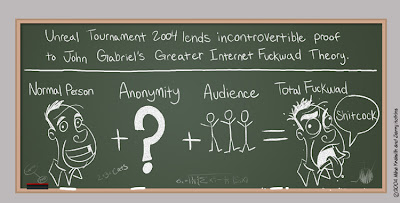 *Aside from the I hate those fat, smelly, ignorant Americans ones. Remember, these are Capitol Hill staffers.
Posted by Jason at 8:30 PM No comments:

Still, the Silence at Snapshots brings up the Israel Question in regards to the apparent ambivalence of mainline Protestant churches to the Fatah-Hamas War - the tossing of teenagers off rooftops, the murdering of men in front of their wives and children, and other varied enlightened practices of the Permanently Oppressed. Somehow this is all Israel's fault - as was the Black Death.

But this seems to be a top-heavy opinion. That is, the leaders of these Protestant churches hold this opinion, but not necessarily the members. A similarity with the Catholic Church - notably, the Vatican's denouncement of Israel defending herself against Hezzbollah attacks in 2006. Which made me wonder: What would they do if some whackjob started lobbing rockets into Vatican City?
Posted by Jason at 11:23 PM No comments:

But why would the Church endorse donations to Amnesty International in the first place? It seems, to me anyway, because the Church has to be for one extreme or the other. Yes, the Church has a history of bloodletting and general malpractice (alongside a history of doing some remarkable things). But this stance of absolute pacifism strikes me as suicidal, or at least a severe detriment to human rights.

The Church's state of mind seems to be conquer or relent - that is, take over everything or do nothing at all (except voice serious concerns that just get drowned out in a cacophony of violence - not that I really want to equate the Vatican to the United Nations). No one can reasonably say Amnesty International actually helps human rights. It's a ridiculous thought given the organization's record - like the inability to distinguish between Australia's PM, John Howard, and Robert Mugabe (3,174% inflation and Zimbabwe's fall into complete chaos within six months according to the BBC).

So why now when this sort of endorsement should have never happened in the first place? Abortion. Which makes some sense in the context of Catholic thought, but it's woefully incomplete reasoning. It's like the Save Darfur crowd - by sending cash and food. Except cash and food won't get rid of the oppressors, of the people killing innocents. If they really wanted to save Darfur, they'd have to be willing to commit to violence themselves. If the Catholic Church is to stand for human rights and be taken seriously for that stance then it must condone violence against those who violate human rights - not endorse organizations that condone mass murder by default like Amnesty International. This dedication to unborn lives is admirable, but some dedication to the already born is needed as well.

Good men doing nothing, and all that.

H/t Gateway Pundit (for both stories)
Posted by Jason at 9:46 PM No comments:

What would Jesus Do? It's not just a catchphrase anymore - it's the title of this post over at Right Reason. It has to do with an old argument - the Protestants and the Roman Catholics. Nevermind the other rooms of this House - the various branches of Orthodox, the Coptics, the fairly crazy Truther Catholics, and the other varied sects of Christianity that have come and gone, risen and declined. The question itself - WWJD? - though, is slightly absurd. Jesus would feed thousands with five loaves of bread and two fish. Oh, that's a metaphor, isn't it.

No! The Bible is all literal! So, someone in the comments made this reply to the post:

You remind me of guys who look for Bigfoot or Nessie. They don't actually want to find the critter--for “them it's the journey for personal discovery” that makes it worthwhile to them. Even though it is a lie what they are looking for it's “their” lie. It's “their work” in doing the searching. No laying everything at the foot of the Cross. No final supreme Authority to submit to, only man. A peer. Someone who’s laden with sins like the rest. It's the lie in the Garden: “You shall be like God.”

Oh, but there's this. From the KJV even. Psalms 82:6 sayeths thusly, "I have said, Ye are gods; and all of you are children of the Most High." Ok, so God isn't talking to Man here, right? Jesus certainly was - according to John 10:34. "Jesus answered them, Is it not written in your law, I said, Ye are gods?" So, let's be literal. The lie in the Garden: "You shall be like God." God: "You are gods." If literal we shall take it then crazy God is. Sorry, I don't worship crazy.

This guy, Thomas Lowe, has, like most non-Catholics (and even a bunch of actual Catholics) some tested and failed notions of the Church. Worshiping the Pope, for instance. I think he may want to check out a Mass sometime. But the greatest notion is this: Mary is actually Satan. Which means Jesus was born of Satan. Well, that solves the Morning Star issue, now doesn't it.

And why, with this person's apparent Rome-phobia does he end his little righteous diatribe with Latin? Maybe he's one of those Truthier Catholics.

The amazing thing is there's so many varieties of Christianity. Even within something as seemingly monolithic as the Catholic Church there are various pseudo-sects of belief or thoughts regarding belief. Having been born and baptized Catholic, then leaving the Church, and recently coming back that's one blatant thing I've noticed about the Church. It isn't all that monolithic. It has dogma, certainly - all beliefs have some sort of basic underlying structure. And this is something else most non-Catholics don't get. A Catholic doesn't have to agree with the Pope or the Church on everything - far from worshiping the Pope. On basic teachings, yes, but there is a wide variety of thought that extends from that structure based on one's understanding of the Bible. Which, really, is the heart of the matter.

The oldest known copy of the Bible is in Greek. From that it's been translated into nearly every language on Earth. Think about reading, say, The Iliad or Herodotus' Histories. Think of all the various versions of those two books - varied because there are always problems with translating something. And what was the Bible before it was Greek? Nevermind the fact that it was Men who put the Bible together, picking what went in and what was left out. And nevermind the very first translation of the Bible - from the mind of God to the mind of Man. So this is all an exercise of interpretation, and we are flawed creatures at best.

Which brings me to the final point. Unless you wish to be considered a Thomasine this is all based on faith, not proof. I have no problem with Protestants or Orthodox or Coptics or, really, anyone believing what they believe. We can debate this or that, we can attempt to show our evidence - such as it may be. But it inevitably ends with you convincing yourself - you accepting Christ. Which is why I didn't bother addressing the email in the actual post at Right Reason. It was full of the "I know" mentality - which is blatantly false. You don't know, you won't know until you leave this life. That's what faith is.

An aside. I'm a Roman Catholic. My wife, of Italian descent, had been a member of the Greek Orthodox church (the irony!). I've heard it said by various Protestant sects that a sure sign of the End is the reemergence of the Roman Empire. Some have speculated that the EU is this reemergence. They're wrong. My marriage to my wife - East and West reuniting - is this New Roman Empire. Our child will be the Anti-Christ! I'll save my rantings on End of Days speculators for a later date. Suffice it to say, it isn't something I take all that seriously simply because, well, we're going Home and I trust that God knows what He's doing - that faith thing again.
Posted by Jason at 1:01 AM No comments:

Or seemingly so 20 years ago today when progress was in a ticker tape parade succinctly summed up by the following clip.

Two steps forward, three steps back.
Posted by Jason at 2:58 PM No comments: